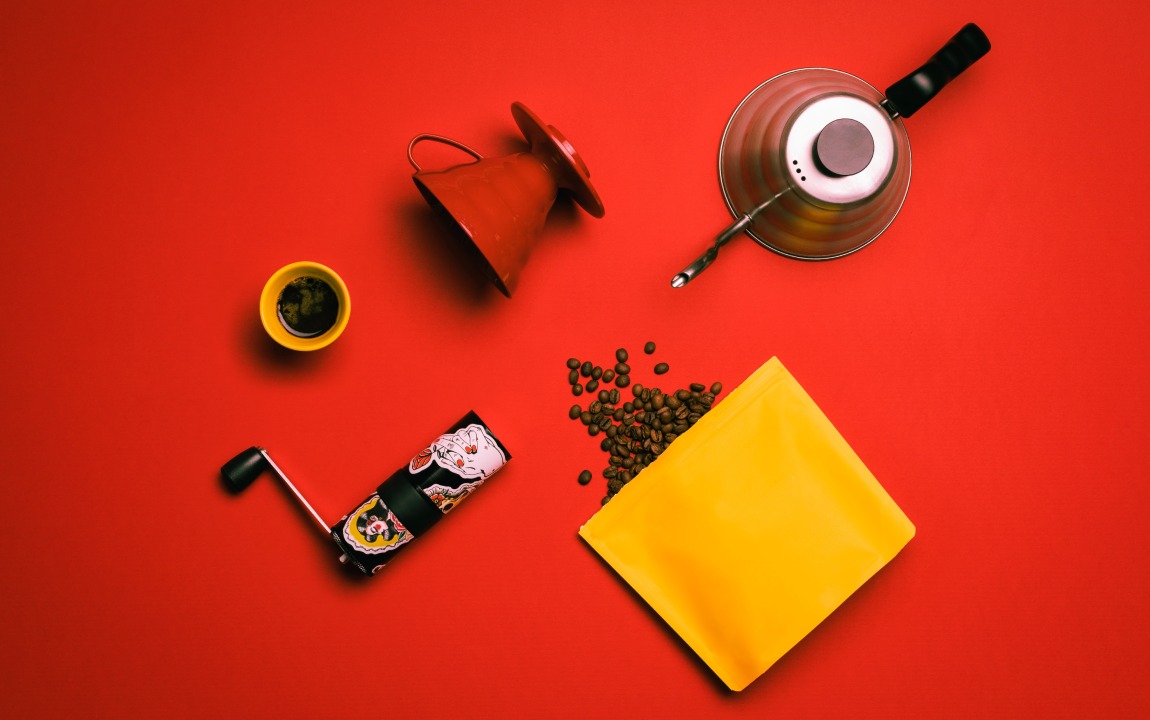 Harvesting, processing, transporting, roasting – at every stage of the coffee supply chain there is a release of carbon emissions into the atmosphere. But what’s the carbon footprint of a single cup? And how can the journey from bean to cup become more sustainable?

Using a collection of stats, journals, and scientific studies, we explore the role of carbon dioxide in the coffee industry and what specialty coffee roasters can do to become carbon neutral.

See also: Sustainable Degassing Valves: Why Should Roasters Use Them?

What Is Carbon Footprint Of A Cup Of Coffee?

Whether driving to work, cooking dinner, running a bath, or watching a movie, almost everything we do causes the release of carbon into the atmosphere.

Known as a “carbon footprint”, it’s defined as the amount of carbon dioxide (CO2) released into the atmosphere as a result of the activities of a particular individual, organisation, or community. The most common source is the burning of fossil fuels.

The average carbon footprint for an individual is around four tons per year and is based on factors such as travel, home energy consumption, and food and drinks. In developed countries such as the US, the average is thought to be closer to 16 tons per year.

All products have carbon footprints attached, which, when bought, we add to our own total. These are measured by calculating the carbon emissions involved at different stages of the supply chain, from production to transport.

For coffee drinkers, their daily cup of coffee represents a proportion of their carbon footprint. Before being brewed, coffee beans must be grown, harvested, processed, transported, roasted, and ground, all of which involves the release of CO2 into the atmosphere. When milk, sugar, and cream are taken into account, the carbon footprint is substantially higher.

According to analysis by University College London (UCL), just one shot of espresso has an average carbon footprint of 0.28kg. For those that include milk, such as lattes or cappuccinos, it’s between 0.41kg and 0.55kg.

With coffee consumption on the rise globally, greater attention is now being focused on how carbon emissions associated with a single cup of coffee can be reduced.

This is because the buildup of carbon in the atmosphere has a devastating impact on the environment. As it releases into the atmosphere it becomes trapped, resulting in what’s known as the greenhouse effect. Too much CO2 causes the Earth to warm up, leading to irreversible environmental damage and the eventual collapse of ecosystems. To minimise the rise in global temperatures, the average carbon footprint for one person per year must be less than two tons by 2050.

Over 9.5 billion kg of coffee is produced annually and demand is expected to triple by 2050. Hence, the identification and quantification of the greenhouse gas emission footprint of coffee is essential if it is to become a more sustainable crop.

From Bean To Cup: Carbon Emissions At Each Stage Of The Supply Chain

Each stage of the supply chain adds to the total carbon footprint of a cup of coffee, from cultivation to consumption. However, some stages involve considerably more carbon emissions than others.

A study carried out by the Natural Resources Institute Finland (LUKE) found that coffee farming and processing makes up 68% of a coffee’s climate impact. This was compared to 11% for brewing and less than 4% for transportation, roasting, and packaging combined.

Fertilisers, pesticides, fuel, and lime all contribute to the high levels of CO2 emissions involved in production. In countries such as Honduras and Nicaragua, land use changes, which involves either the expansion or relocation of a coffee farm, contributed to as much as 60-70% of the total carbon footprint.

Conventional coffee production consumes substantial amounts of energy, water, and land, particularly due to the long, complex supply chain required to produce and transport the coffee bean to market. According to a study by UCL, the carbon footprints estimated for conventional coffee production in Brazil and Vietnam were 11.56 and 12.99 kg CO2e kg–1 green coffee, respectively, from farm level to a storage location in Bristol, UK.

However, after production, one of the largest contributors to a coffee’s carbon footprint happens at the final stage: consumption. By some estimates, the preparation and consumption of coffee accounts for nearly a third of total carbon emissions, playing a significant role in its impact on the environment.

For example, whenever a coffee shop is serving drinks, it is emitting CO2 – from the espresso machines, the lighting, the heating, the air conditioning, the dishwashers. Studies reveal that this can as much as double the total carbon footprint.

Nevertheless, home brewing tends to be significantly kinder to the environment. Using an automatic coffee machine generates an estimated 60.27 g CO2e per cup of coffee, compared to 10.04g for a traditional drip filter or French press.

Other contributing factors to the carbon footprint of coffee include the transport, roasting, and packaging of beans. For roasters, the combustion of fuel makes up 79% of their carbon footprint, but adds just 6% to the total supply chain.

Each year, more than 9.5 billion kilograms of coffee are produced, with demand expected to have tripled by 2050. If current CO2 levels involved in the production of a single cup of coffee continue, this poses a serious risk to the wellbeing of the environment.

Fortunately, there are a number of ways of making coffee more environmentally friendly at each stage of the supply chain. From sustainable farming practices to recyclable coffee packaging, everyone can do their bit to reduce carbon emissions.

According to research, sustainable coffee production could reduce carbon emissions by nearly 80% compared to conventional production. Measures such as using fewer agrochemicals, transporting beans via cargo ship rather than freight flight, and even roasting beans at origin were all shown to significantly reduce carbon footprint.

For specialty coffee roasters, the focus should be on how they roast, package, and distribute their coffee. Investing in greener roasters, for example, such as insulated, ventless roasters that reuse spent air can save on more than 157 tons of carbon emissions.

The first carbon neutral coffee roasters in Scotland embarked on a three-pronged approach to reduce their carbon emissions to notable success. In addition to funding various carbon offsetting initiatives in the local area, they also switched to a fully electric car for customer deliveries and started using 100% compostable coffee bags.

They help create a circular economy in which waste is reduced and resources are used more productively for longer. Their production is often kinder on the environment than plastic, while the extra time they spend in the economy helps reduce their overall carbon footprint.

When VOCs and nitrogen oxide in the atmosphere react in the presence of sunlight, they produce ground-level ozone. This is a major component of urban smog, which can negatively impact the environment and present a hazard to people’s health.

By focusing on more sustainable practices, from reducing artificial fertilisers at farm level to using recyclable coffee packaging, all actors throughout the coffee supply chain help reduce the carbon footprint of the coffee industry.

MTPak Coffee’s range of fully compostable, recyclable, and biodegradable packaging contribute significantly to improving the circular economy, further reducing the supply chain’s carbon footprint. Our degassing valves are fully recyclable and our water-based inks are low in volatile organic compounds, so they can be easily removed for recycling or composting.

For more information on our plant-based packaging, contact our team here.

What Is The Carbon Footprint Of A Cup Of Coffee?