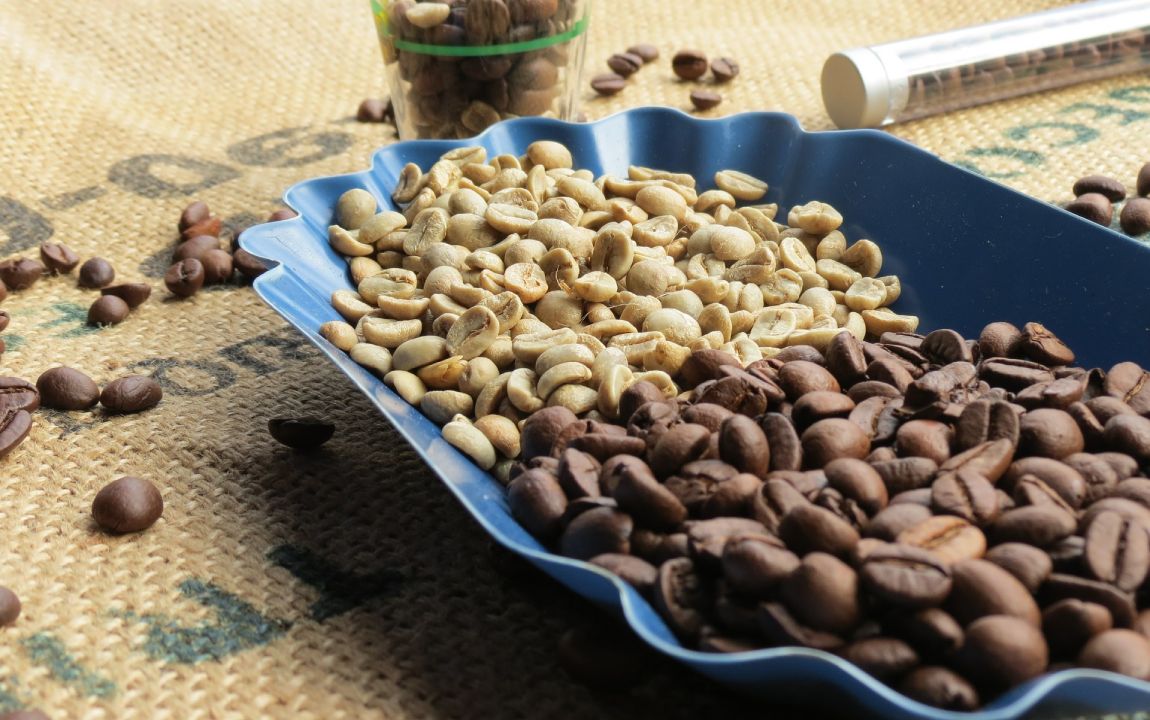 In May 2018, Coffee & Cocoa International published some interesting findings. In their report, they revealed the growth of decaffeinated coffee consumption was outstripping that of caffeinated coffee across a number of countries in Europe, Asia, and North America.

Younger generations, particularly in the US and Canada, are thought to be driving this trend, with over 60% of 18-24-year-olds stating a preference for drinks with lower caffeine content.

While the percentage of decaf coffee drinkers remains relatively small, many specialty roasters have started to target the growing market by adding decaf options to their line of products. This year, Rave Coffee has even started selling its own decaf green beans for home roasting.

But what exactly is decaf coffee? And why should specialty roasters consider offering it? I spoke with 2018 Hellenic Barista Champion and Head of Quality Control at Samba Coffee Roasters, Michalis Katsiavos.

See also: Understanding The Difference Between Filter And Espresso Roast

What Is Decaf Coffee?

Caffeine is a naturally occurring alkaloid found in coffee beans. As well as being responsible for the majority of coffee’s stimulating effects, it also contributes to its bitterness.

The coffee plant produces caffeine as a defence against consumption by insects. It’s for this reason that arabica coffee tends to contain lower levels of caffeine than robusta; it’s grown at higher altitudes where there are fewer insects.

The amount of caffeine in a single cup of coffee depends on a number of factors, including species, roast profile, and brewing method. Generally, the average 225g cup of coffee brewed using a pour over method contains around 95mg of caffeine.

Decaffeinated (decaf) coffee is coffee made from beans from which at least 97% of the caffeine has been removed. The process of decaffeination involves drawing the readily soluble caffeine out of the unroasted green coffee beans.

The first commercial decaffeination technique was invented in 1900 by Ludwig Roselius, the founder of German coffee company Kaffee Hag. Aimed at elderly customers sensitive to effects of caffeine, it involved steaming the coffee beans in salt water before repeatedly rinsing them with benzene.

Since then, three main processes for removing caffeine have developed:

This chemical solvents method is one the most widely used decaffeination processes. It removes around 97% of the caffeine content and is thought to be one the best ways of maintaining the coffee’s flavour.

Discovered in Switzerland in the 1930s, the Swiss Water process was first used commercially by Swiss Water Decaffeinated Co. in 1988. The chemical-free process involves cleaning and soaking the beans to prepare them for caffeine extraction. They are then immersed in water saturated with soluble coffee components, known as green coffee extract (GCE). The caffeine is removed from the GCE through a proprietary carbon (charcoal) filter system, and the carbon is sent to a regeneration furnace to burn away, leaving the caffeine for reuse.

The principal benefit of this method is that it limits the extraction of the coffee’s flavour and oils. It also removes as much as 99.9% of the caffeine, generally making it more effective than the chemical solvents process.

Patented in 1970 by German chemist Kurt Zosel, the carbon dioxide (CO2) process involves soaking the green beans in highly compressed CO2 for approximately ten hours to extract the caffeine. The caffeine is then removed from the CO2 using activated carbon filters.

For the most part, the flavour components remain inside the beans throughout the process rather than being removed and put back in again (as is the case with the Swiss Water process).

How To Roast Decaf Coffee

Once green coffee beans have had their caffeine removed, they must be roasted before being packaged and distributed.

Michalis Katsiavos is Head of Quality Control at Samba Coffee Roasters in Greece. After being crowned Hellenic Barista Champion in 2018, he went on to create the Farmers Camp Project, an initiative that educates farmers on how to roast the coffee they produce. He tells me that roasting decaf coffee for the first time can be challenging.

“Roasting decaf is tricky,” he says. “It can be difficult to achieve the perfect roast profile straight away because decaffeinated beans tend to go darker in colour than caffeinated coffee. They are often more porous and readily take on heat.”

“You should roast a small batch and cup the coffee to determine whether it’s over or under developed,” he explains. “I suggest keeping notes of colour changes and temperature during the roast, too. With decaf coffee, the beans may look dark, but they actually need to be roasted for longer, with a slower development.”

Roasting equipment, green bean origin, and decaf processing methods are all factors that can change the way one should roast their coffee. However, the best decaf profiles are usually those with shorter development yet higher charging temperatures, with a total roast time of around 10-12 minutes.

Does Decaf Coffee Need To Be Packaged Differently?

When specialty roasters are choosing packaging for their decaf coffee, they need to think carefully about their target audience.

Although decaf was originally aimed at older customers who were sensitive to the effects of caffeine, a younger generation of decaf coffee consumers is growing. According to recent statistics, around a fifth of decaf coffee drinkers are aged 18-24 years old.

As such, roasters should consider coffee packaging that has appeal for a younger demographic. Features such as QR codes and social media tags may be beneficial, while you should also communicate a commitment to sustainability. Using packaging made from recyclable, biodegradable, and compostable materials will help showcase your efforts to be more eco-friendly.

However, roasters need to consider not only the aesthetic of their packaging, but also its role in preserving the freshness of the coffee. Michalis tells me that after roasting, decaf coffee usually requires a longer resting time before being consumed.

“We’ve all noticed that as we brew decaf coffee we have too much crema on our espressos,” he says. “Crema is not always pleasant when there’s too much, which is why decaf beans have to be degassed longer for better results in the cup.”

Decaf coffee has experienced a marked rise in popularity in recent years, led in a large part by younger generations. What was once limited to an instant satchet and a hot cup of water has now appeared on the menus of specialty coffee shops around the world. And while demand for decaf coffee remains small compared to caffeinated, there’s no doubt that specialty roasters who offer it to customers can gain a competitive edge.

At MTPak Coffee, we can help you find the perfect packaging no matter what type of coffee you sell. With our range of sustainable materials and water-based inks, you can design a fully recyclable product for consumers that both attracts attention and protects your coffee.

For more information on our sustainable packaging, contact our team here.

Everything You Need To Know About Decaf Coffee