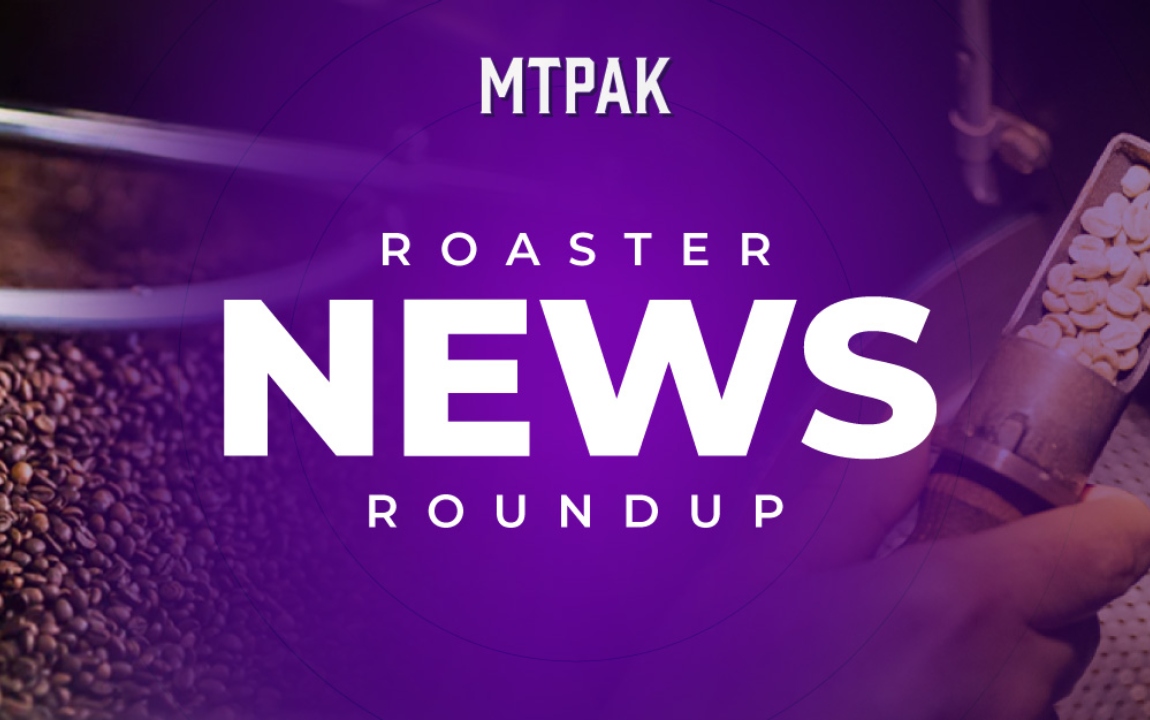 Mexico’s coffee association, AMECAFE, has declared its support for a new government agency that would have the power to regulate and set prices in the market. With its own budget, the agency would also offer financing and marketing help to Mexico’s mostly smallholder coffee farmers. The initiative has the backing of the country’s president, Andrés Manuel López Obrador, who promised to create the agency during his presidential campaign.

German roaster manufacturer Probat has unveiled a roastery exhaust deodorising injector designed to lower energy use and reduce the odours involved in roasting. Capable of treating airflows of up to 220,000 cubic metres per hour, the Proair injector can be integrated into a roastery’s existing production area. According to Probat, the injector takes up little room and can reduce odour emissions by at least 50%, helping coffee roasters comply with air quality regulations.

Roast magazine has announced the launch of a new one-day digital event for roasters, called the Coffee Roasting Forum. Due to be held May 20, it will offer lectures, educational sessions, online cupping, and networking opportunities. Following a year in which most physical events were cancelled due to Covid-19, this year’s digital event is aimed at encouraging collaboration and reconnecting the roasting community.

Project Café Europe 2021, a report on the European branded coffee shop market by World Coffee Portal, revealed 18 out of 40 markets experienced net store declines in 2020. Spain’s branded coffee shop suffered the largest contraction at 8.8%, while markets in the UK and Germany shrunk by 1.9% and 3.3% respectively. Chief among the causes is the Covid-19 pandemic, which resulted in widespread lockdowns across the continent.

illycaffé is the first Italian coffee company to attain a B Corp certification after scoring 80.6 out of 200 across five impact areas. To achieve the sustainability and ethical accreditation, the company had to pass a rigorous audit process, which looked at governance, workers, community, environment, and customers. It joins more than 3,300 other certified businesses across 71 countries and 150 industries.

The first cross-industry coffee pod recycling scheme, Podback, has gone live in the UK. From April 16, consumers will be able to take their Nespresso, NESCAFÉ Dolce Gusto, Tassimo, L’OR, and Starbucks coffee pods to the nearest drop-off point for collection and recycling. Designed to tackle waste in the coffee industry, Podback is calling on more brands to sign up to help create a one-stop recycling scheme for used coffee pods.

A new book on the global coffee trade suggests that widespread change, restructuring, and conscientious participation from all stakeholders is needed if it’s to be a viable livelihood for future generations. Titled Cheap Coffee: A Look Behind The Curtain of the Global Coffee Trade, the book aims at providing a broad explanation of the economics, mechanics, and power structures that define the industry today. It was written by researcher, consultant, and operator of post-colonial rural development Karl Wienhold.

A study published in Scientific Reports has revealed how climate change could affect future coffee production in Ethiopia, one of the world’s largest producers of arabica coffee. By analysing 19 different factors, including mean temperatures and rainfall levels, researchers predict that around half of existing specialty coffee-growing areas could lose production potential if nothing is done to mitigate the risks of an impending climate crisis.

Online roastery Rave Coffee has added a new Colombian coffee to its line of products to celebrate joining 1% for the Planet, an organisation whose members contribute 1% of annual sales to environmental causes. Produced by smallholder farmers in the Villamaria region of Chinchiná, Colombia Corozal No. 112 is a naturally processed, single origin coffee, offering wild fruit and floral flavour notes.

Kew Gardens scientists hope their discovery of Coffea stenophylla, a rare coffee plant, will help solve future shortages of arabica coffee. Found in Sierra Leone, stenophylla has not been seen in the wild for more than 60 years. Taste tests have revealed characteristics similar to arabica, which is under threat from hotter temperatures brought about by climate change.

Nestlé has made a significant step towards its aim of net zero emissions by 2050 after developing two low-carbon robusta coffee varieties. Through classical non-GMO breeding and by harnessing the plant’s natural biodiversity, plant scientists have been able to produce coffee with 50% higher yields per tree than similar varieties. It’s estimated that the green beans from these new varieties will reduce the carbon footprint of roasters by a third.

A new fully recyclable, biodegradable, recyclable and compostable takeaway cup, called ButterflyCup, aims to reduce waste in the coffee industry. The paper cup, which contains no plastic, uses a unique flap design that means it doesn’t need a separate lid . A number of organisations have already adopted the cup, including the Wildfowl & Wetlands Trust (WWT) and Columbia University in New York.