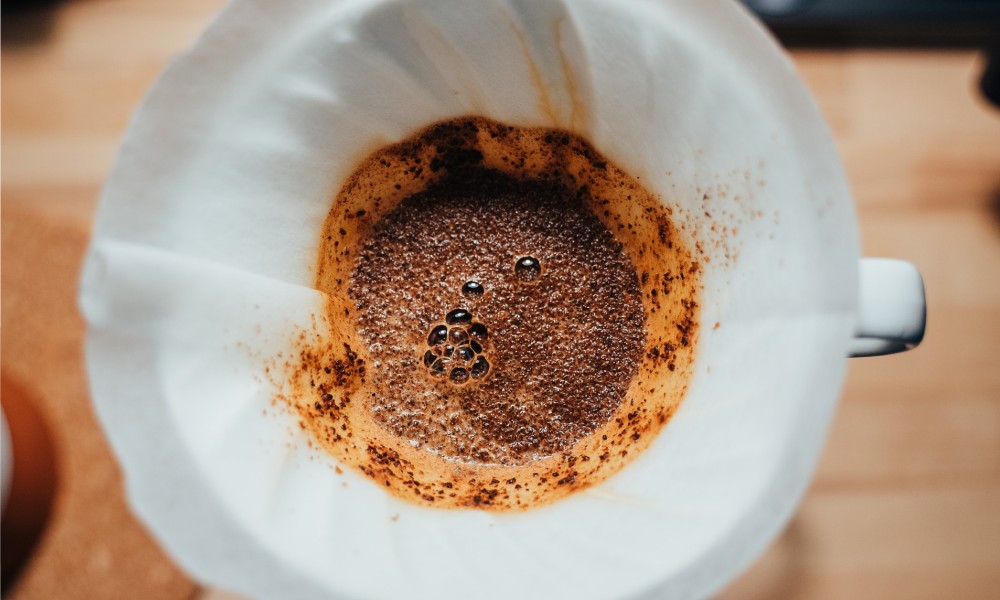 Over the centuries, the way people consume coffee has changed dramatically. What began as an intensely bitter drink consumed in coffeehouses has developed into an all-encompassing experience enjoyed in coffee shops around the world.

To delineate each era in the development of coffee culture, the term “wave” has come into common use. The concept of waves in coffee was popularised in 2003 when American roaster Trish Rothgeb referred to changes she’d observed in Scandinavian coffee shops as the start of a “third wave”.

Since then, waves have been used as markers not only for distinct shifts in consumer habits and attitudes towards coffee, but also for developments in the industry itself. Each wave comes with its own set of priorities and philosophies, which inevitably overlap and spill over to influence the next.

To find out more about the different waves of coffee and what they mean for specialty roasters, I spoke with Head of Communications for Producer & Roaster Forum, Jordan Montgomery.

Read next: Are Generation Z trends redefining the coffee sector?

The first wave of coffee is typically dated from the 1700s until the emergence of Starbucks-style coffee shops in the 20th century. After the Ottomans introduced coffee to the Europeans in 1650, its popularity spread with the opening of coffeehouses in major cities, from London to Paris to Vienna.

A coffee drinking culture quickly developed: caffeine stimulated the mind, triggered discussion and debate, and enlivened the spirit. It also offered an alternative to the ale served at taverns, allowing patrons of coffeehouses to further business interests in a sober environment.

He tells me that the first wave is broadly defined as coffee’s emergence as a mass consumer product.

“The first wave of coffee culture was when coffee was becoming embedded in people’s normal way of life,” he says. “In England, you saw things like penny universities and in Germany you saw the coffee and tea houses where people would gather and enjoy long conversations over coffee.

“This was a transition from tea to coffee, so it was commodity-driven and it was the first instance of mass consumption of coffee. This coffee was mostly filtered as espresso wasn’t a thing at this time”.

The second wave of coffee was when coffee started to become a basic household staple. It was also the period in which the rise of mainstream coffee shops like Starbucks and Peets took off in the US, and coffee culture became a part of people’s daily lives.

According to historian Jonathan Morris, the coffeehouse format of the first wave was eclipsed by second wave coffee chains who “wanted to automate or homogenise specialty coffee”.

Drinking coffee became more of an experience as specialty coffee drinks were popularised by the large American chains. For example, Starbucks began mixing espresso with sweet flavoured syrups and creams, creating drinks such as the Frappuccino.

“The second wave is when you start to see espresso becoming a bit more emergent,” Jordan explains. “Coffee shop culture was developing and it was becoming more mainstream. It moved away from something only intellectuals and academics would do – it also became more globalised during this time.”

The emphasis here was on the creativity of the drink, the ambience of the cafe, and the high level of customer service from the barista.

The third wave of coffee is characterised by the shift in focus to the finer details of the coffee, including the flavours, origins, roast profiles, and brewing techniques.

In The Coffee Dictionary, Maxwell Colonna-Dashwood defines the third wave broadly as “a higher culinary appreciation of coffee and all that it entails; a focus on subtleties of flavour, provenance, and process”.

For Jordan, the third wave is marked by the quality of coffee becoming a major focus. Roasting, he says, became associated with more of an artisanal quality and coffee packaging began to display the kind of information today’s coffee consumers have come to expect: farm, harvest, processing style, roast date, coffee variety, and tasting notes.

“In this wave, there was more of a focus on quality, and roasting in smaller quantities, and there was a shift to things becoming more hand-crafted and transparent,” Jordan explains.

Transparency and traceability in particular took centre stage as consumers started to demand more information about the “story” behind their coffee. Key to this was the elevated role of the barista and their in-depth knowledge of the coffee and its provenance.

As Rothgeb wrote in her landmark essay on the third wave, “these baristas will be able to tell you exactly when their coffee was roasted, how the beans were processed, the idea behind the blend, and offer cupping notes”.

Has coffee entered its fourth wave?

Although some dispute whether the coffee industry is yet to enter its fourth wave, most agree that a palpable shift is already being observed.

According to Jordan, the defining characteristic of the fourth wave is a move to a more scientific (and less romanticised) approach to coffee. He tells me that there is now a greater focus on accuracy behind roasting as well as a deeper understanding of the different properties and the chemistry of coffee.

“In the fourth wave there’s more experimentation and science going on,” he explains. “Today, roasters are considered scientists in their own right. The difference in thirty seconds between one roaster and the next will make a world of difference as to how the coffee can be brewed, interpreted, and experienced.

“Across the industry there’s more of a focus on things that are measurable. Every single variable is considered, and there’s all these technologies, programmes, and softwares to measure the coffee. You’ll often see five different screens hooked up to one roaster at any given time.”

In addition to a greater focus on the scientific aspect of coffee, the fourth wave is also being linked to the diversification of the roaster and their day-to-day tasks. Jordan tells me that as the complexity of coffee is increasingly explored, roasters are required to know more about it than ever before.

“Roasters are very highly valued, with most people now seeing them as the equivalent to wine-makers,” he says. “Nowadays, roasters aren’t always glued to the roaster. In fact, a lot of head roasters spend fewer than six hours a week actually roasting coffee. Instead, they’re designing profiles, sourcing coffees, and figuring out stock.

“So, they’re really a channel figuring out all of this important information. You’ve got coffees coming from all over the world, different seasons, different prices, fluctuating coffee quality. They also have to work with sales and finance teams. They wear many different hats in one role.”

As coffee moves into its fourth wave, consumers are developing a much deeper understanding of factors such as region, flavour profile, and the science behind its production. Increasingly, consumers expect to see this information available on the packaging of coffee products to help them decide which coffee to buy.

As a result, specialty roasters are now starting to include QR codes on their packaging to provide consumers with more information about the science behind the coffee they’re selling.

Including this information has become an important part of coffee packaging and a high-end coffee experience is now complemented with not just the look and feel of the packaging, but also the level of information it can provide.

At MTPak Coffee, our design team can help you create fourth wave coffee packaging using biodegradable, recyclable, and compostable materials. They can guide you on everything from inks to additional components to printing methods to ensure you’re offering the best possible product to customers.

For more information on our sustainable coffee packaging, contact our team.

Stay updated about MTPak Coffee’s products & services. Sign up for our free newsletter.

Understanding the different waves of coffee