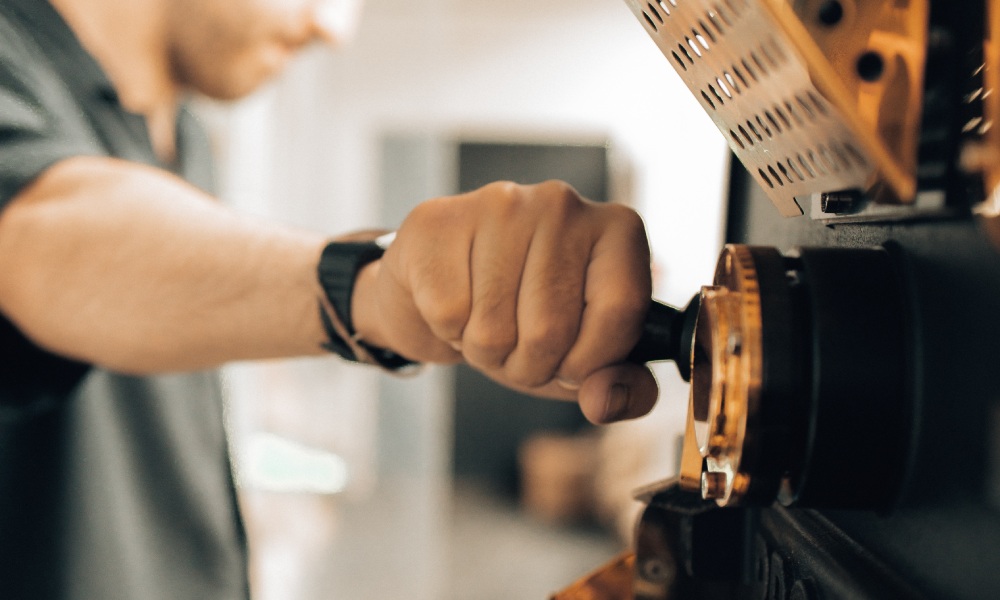 Roasting coffee is all about the transfer of heat from the roaster to the beans. Without it, it wouldn’t be possible to transform coffee from its raw, green form into a product that can be ground, brewed, and consumed.

However, for a successful roast, heat transfer needs to be carefully controlled. Too much or too little at any given time can ultimately ruin the coffee, giving it unpleasant flavours and aromas.

Key to controlling heat transfer during a roast is airflow, the movement of air inside the roaster. Not only can airflow help regulate convection, it’s important for maintaining the volatile oils of the beans, ensuring they preserve all their best characteristics.

Coffee is highly sensitive to its surroundings. Minute changes to a range of variables, from charge temperature to rate of rise, can dramatically affect the outcome of a roast.

Airflow is one of the most important of these variables. Defined as the way in which air moves through a roaster, it needs to be carefully controlled in order to ensure a successful roast.

Its importance largely comes down to heat transfer and the three ways in which energy (in the form of heat) can be transferred: conduction, convection, and radiation.

Conductive heat refers to the process whereby heat is transferred from one object to another through direct contact. In coffee roasting, conduction occurs when coffee beans come into contact with the hot surface of the drum or when the beans make contact with one other in a pile.

In The Coffee Roaster’s Companion, Scott Rao explains that heat transfer in the first few minutes of roasting in a classic drum roaster takes place predominantly by conduction from the hot drum surface.

After the turning point (the point at which the temperature of the beans and the drum start to rise in equilibrium), the roast is dominated by convective heat transfer.

Convective heat is the transfer of energy through a fluid medium. In particular, there are two types of convection: natural and forced.

Natural convection is caused by the buoyancy effect from density difference (the rise of warm air which is less dense, and the fall of denser, cool air). Forced convection, on the other hand, is when air is forced to flow via an external source like a fan or pump.

Donovan is an SCA trainer and national barista champion based in South Africa. He tells me that, from his experience, convection energy is the most important aspect of heat transfer in roasting.

“Understanding how that heat transfer happens via moving hot air in a coffee roaster will give you an understanding on how to approach any given roast,” he says.

Radiation is the transfer of heat via electromagnetic waves. It is highly complex and, therefore, difficult to measure or control during a roast. As such, it’s best to focus on the other types of heat transfer, which are easier to measure and control.

How can airflow affect the outcome of a roast?

For specialty roasters, it’s important to understand how changes to airflow can affect the characteristics of coffee. The more thorough their understanding, the better control they will have over the outcome of a roast and the lower the risk of ruining batches of coffee.

Donovan tells me that having too little or too much airflow can cause a cooling effect in the roast resulting in dry flavours in coffee.

“I find that when you’re in a specific band of airflow, you can get very clean coffee,” he says. “Considering the processing methods of the beans, generally even with a natural-processed coffee, you will get a clean – or cleaner – cup compared to those having too little or too much airflow.”

An article by Boot Coffee suggests that higher airflow can accentuate the sweetness and brightness of coffee yet too much airflow will lead to sourness. On the other hand, insufficient airflow can mask the acidity of coffee or lead to smokey flavours.

Additionally, too little airflow throughout the roast may “stall” the rate of rise because of insufficient convective heat transfer. This can create baked or doughy flavours in the coffee.

Too much airflow may cause tipping (where the edges or tip of the beans become scorched) because of excessive heat in the roast.

Control over airflow is a fundamental part of roasting coffee. But how can specialty roasters find the optimal setting?

Donovan explains that one of the indicators he looks at when adjusting airflow is the rate of rise (RoR). Specifically, he’ll observe how airflow is affecting the RoR and length of the roast.

“After the turn, if your air temperature is not right and is dropping, bring your air speed up or convection energy up through the roaster so there is sufficient heat transfer to bring the bean temperature with it.

“Finding a happy median between how those two variables work gives an optimal airflow – that’s the method I generally use when adjusting airflow.”

Donovan notes that the optimal airflow setting can change from day to day, as well as between seasons since ambient temperature will affect air pressure in the chimney.

For example, one may get higher airflow in the roaster even on a low airflow setting during winter. Therefore, to get the same air pressure in the drum, roasters may need to reduce air speed on colder days or keep it on a higher setting during the summer.

As a rule of thumb, Donovan tells me that he’ll typically keep his airflow setting constant once he’s found an optimal airflow for a particular batch size on his roaster.

“I used to vary my airflow setting a lot,” he says. “But as soon as I change it, my burner setting is also affected. So I have two variables that come into play and it became very difficult for me to understand which one of them is making a meaningful difference at a particular point of the roast.

“When I keep my airflow the same from start to finish, I have a lot more control of my burner. I’m not saying that everyone should do the same; that’s just the way it works for me.”

At MTPak Coffee, we offer a range of sustainable packaging options for specialty coffee roasters, from kraft paper and PLA to rice paper and LDPE. All our pouches are either biodegradable, compostable, or recyclable, while additional components such as degassing valves and resealable zippers can be recycled.

With all the hard work that goes into roasting coffee, our fully customisable packaging solutions can help showcase the quality of your coffee while preserving freshness right up until consumption.

For more information on our sustainable coffee packaging, contact our team.

Sign up!
Coffee roasting basics: Everything you need to know about airflow