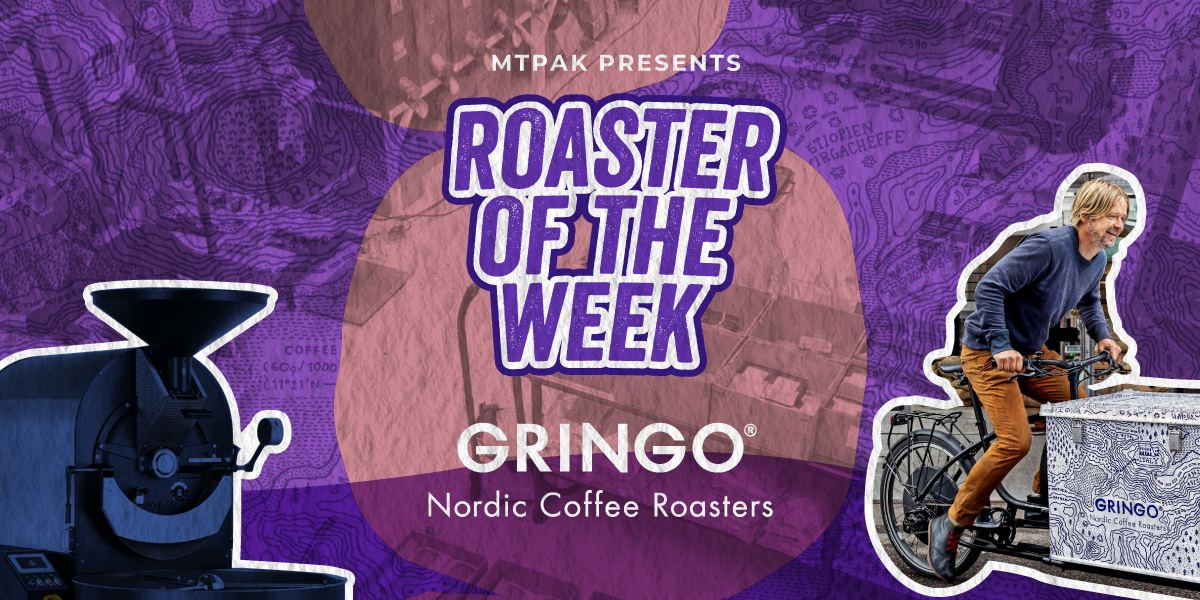 Roaster of the Week is a series that focuses on specialty roasters and their unique stories. This week, we talk to Gringo Coffee Roasters, a small-batch coffee roastery in Gothenburg, Sweden that’s building their own farm in Colombia and using roasting to help people get back on track.

In 2015, Johan Ekfeldt took a break from coffee.

Having established and overseen the growth of the wildly successful Johan & Nyström specialty coffee roasters for more than a decade, he decided it was time for a change.

Craft beer and ice cream companies, as well as two restaurants followed, each one approached with the same mix of professionalism and fun that had made Johan & Nyström such a hit. But he soon realised that something was missing.

“My world became very small,” Johan tells me. “Coffee is such a natural way of connecting with people around the world and visiting different places – I missed all of that.”

In 2018, he marked his return to the specialty coffee scene with the founding of Gringo Nordic Coffee Roasters, so named after the common Latin American term for foreigners.

Unlike his previous coffee company, which had grown into somewhat of a behemoth with dozens of employees, the aim with Gringo was to be fully immersed in the world of coffee.

“I wanted a smaller company where I got my hands involved in coffee everyday,” Johan says. “We had franchise stores and concept stores with Nyström – it was very stressful. It all takes energy from the thing you love: drinking, buying and roasting really good coffee. So that’s what I wanted to focus on.”

Gringo’s main sales channels are through coffee shops and bakeries, most of which are in their home city of Gothenburg. They also sell their coffee online in a range of blends, single origins, and limited editions.

A common theme is that whether ordering from their website or picking up a bag in a grocery store, customers have access to a wealth of information about Gringo’s coffee. They’re open not only about where it comes from, but also the people behind its journey from seed to cup.

Yet according to Johan, this is a level of transparency that wasn’t available a few years ago.

“It’s a totally different scene now to when I started Johan & Nyström,” he explains. “The importers were more or less trying to hide where they bought their coffees, they were pretty reluctant to open the gates.

“I remember in 2005, I wanted to buy coffee directly for the first time. I made a contract with a producer, but then they called and said they couldn’t go ahead because an importer who used to buy coffee from them all the time had said if you sell direct to this guy, we won’t buy anymore coffee from you.

“That’s how it was at the time. But it’s all different now. You never feel as though people are holding onto information.”

La Tierra: The trials and tribulations of owning a farm

Between selling his company and launching Gringo, Johan attended a friend’s wedding in Colombia. While there, he happened to stumble across a farm that was up for sale in the coffee-growing region of Cauca.

Seeing it as the perfect opportunity to continue his involvement in coffee despite a restrictive covenant on starting a coffee business, Johan and his friend bought the farm and began rejuvenating the land. It was called La Tierra.

“I think the reason I bought the farm was out of frustration,” Johan says. “[The restrictive covenant] prevented me from doing anything in coffee, but I was allowed to do things outside of Europe.

“I’d also visited a lot of coffee farms and wanted to see whether I could apply what I’d learned over the years.”

Johan and his team of farmers remodelled the farm, cutting down 75% of existing plants, and replacing them with lots of traditional trees. He also brought in some coffee seedlings, including pacamara from El Salvador and three different strains of geisha. Today, La Tierra grows around 20 different coffee varieties, from pink bourbon to fully washed castillo.

“Some of the best coffees we have at Gringo are from Colombia,” Johan says. “But what’s really interesting about having a farm is you truly get to understand how much hard work goes into creating great coffee.

This isn’t an understatement: the production of specialty coffee demands considerably more work than commodity coffee. But it’s something Johan tells me the farmers struggled with at the start.

“At the beginning they hated it,” he says. “It was so much extra work. Just to teach them how to pick the coffee when it was fully ripe – it was a lot of hard work to change the mindset because they want to do things the way they’ve always done them. It takes some time.

“One of the most important things is to pay well when it comes to those nice coffees. Otherwise they’ll just stop doing it, it’s not worth it. The longer I have the farm, the more respect I have for the people that make good coffees.”

Part of Johan’s motivation for selling his old company and launching Gringo was to be more hands-on with the day-to-day running of the business, while maintaining a small, close-knit team.

In addition to his business partner, Magnus, Johan’s wife and son work for the company alongside a head roaster and small production team. They also try to bring in people looking to escape their normal jobs or those who may be going through a difficult time.

“We always like to have one or two people to lend a hand and train with us who are burned out from a stressful work life or maybe have some psychological issues,” Johan says. “In coffee roasting, there’s a lot of manual labour which can be quite therapeutic for people who are burned out – you turn up, you know exactly what to do, and then you go home.

“We’ve had some brilliant examples of people changing from being introverted to being very open. At Johan & Nyström we had this one guy who came along, he hadn’t finished school, and he had a lot of problems.

“After a few years he became our head roaster and, actually, the best roaster we ever had. I always keep that in mind. You have no idea what’s inside a person.”

Since the outbreak of Covid-19 in early 2020, a lot has changed. The forced closure of coffee shops around the world and the continuation of home working has encouraged many to start taking more of an interest in the coffee they drink. In particular, the popularity of coffee subscriptions has soared.

For specialty roasters like Gringo, this presents both an opportunity and a challenge. While Johan has been unable to visit the farm in Colombia (or any other origins), it’s given him time to think about the direction Gringo is heading.

“We haven’t been to origin for one and half years because of Covid,” Johan tells me.
“But I feel as though it’s going to be really interesting to see what happens and how the industry will change. Will roasters start travelling again? Will we take less trips?

“I try to follow wherever the coffee industry is going. I would like in a year or two to open a concept store in Gothenburg, but I want to keep everything close to home. I live just around the corner from the roastery and I want it around here.

“Other than that, we don’t know what lies ahead. With coffee, you have no idea where it will take you.”

Did you enjoy this edition of Roaster of the Week? Next time, we’ll be speaking to Texan coffee roasters Porch Culture Coffee.