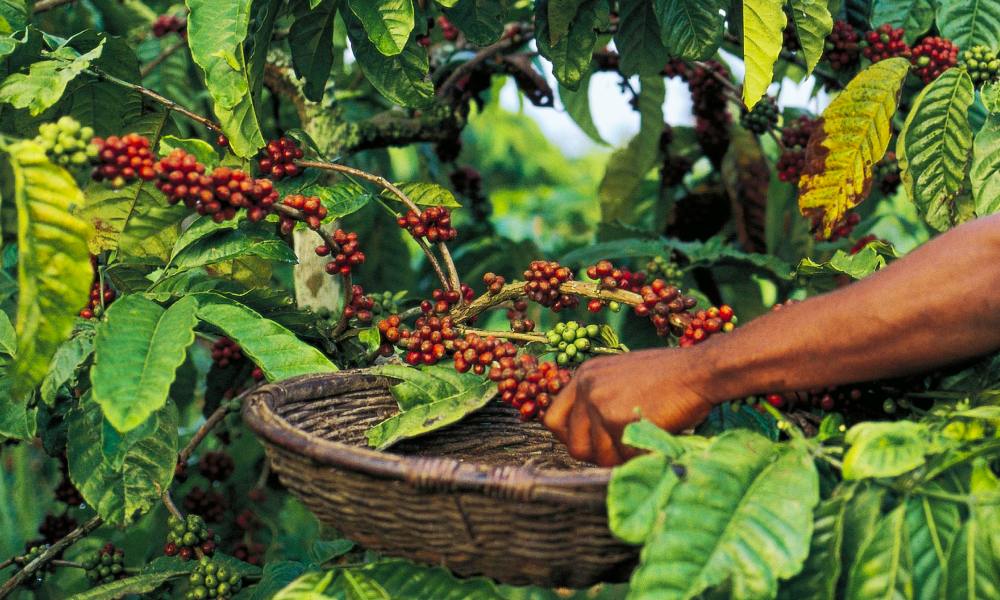 Although their names give little away, SL28 and SL34 are two of the most intriguing coffee varieties on the market.

Named in the 1930s after the Kenyan agricultural research centre, Scott Laboratories, today they are among the most-known and highly regarded varieties in Africa.

Despite being chosen predominantly for their high yields and resistance to droughts, SL28 and SL34 also offer exceptional cup quality.

For specialty roasters, understanding not only the story of SL varieties, but also the best approach to roasting them is key to unlocking their full potential.

Scott Laboratories – or Scott Labs – was established during British colonial rule of Kenya in the 1920s.

Set up as an agricultural research centre, its role was to improve farming practices through technical advice and training on behalf of the Department of Agriculture.

Coffee, which was already integral to the Kenyan economy, quickly became the chief focus. In particular, researchers were keen to explore varieties that could offer long-term benefits, such as high yields and resistance to droughts and pests.

The idea was that they could distribute these varieties to farmers, who would then plant them on a commercial scale.

Together with the Lyamungo Research Station in Tanganyika (now Tanzania), they selected 42 different coffee trees to study.

SL28 was identified on a single tree in Tanzania and soon became ubiquitous thanks to its drought-resistance, high yield, and desirable cup profile. Since then, it has spread to other coffee-growing origins, including Uganda and Central America.

SL34 is also part of the Bourbon-Typica family and has adapted to grow in high altitude areas with a good amount of rainfall.

The variety was a single tree found on the private land of Loresho Estate in Kabete, Kenya. This tree was labelled “French Mission”, after its historical ties with French missionaries who had distributed original Bourbon seeds from the island of Réunion.

Both varieties are known for their exceptional quality and high yields. However, they are also recognised for susceptibility to diseases, such as coffee leaf rust and coffee berry disease.

What are their characteristics in the cup?

The SL varieties make up around 80% of all coffee produced in Kenya, equivalent to around 40,000 tons per year. As such, their flavour profile is often closely linked to the origin.

Kenyan coffee has long been hailed as one of the most consistently high-quality coffee-growing origins in the world. Among consumers, it is generally recognised for producing coffee with a rich body, bright acidity, and distinctive berry undertones.

But while the varieties themselves contribute much of these characteristics, they are also heavily influenced by processing methods.

Until only a few years ago, it was rare to find any processing method other than washed on Kenyan coffee farms.

This is because washed processing highlights the bright acidity of SL varieties, while complementing their dark berry and wine-like flavour notes. It also helps deliver the cup clarity typically associated with SL28 and SL34.

The Kenyan washed method, also known as “double fermented” is similar to the regular washed process. It starts with pulping the beans through screens and fermenting in ceramic tiled tanks for 24 hours.

In most countries, this would be as far as the process goes before drying the green beans. However, the Kenyan washed method adds an additional 24 hours of soaking and fermenting after thorough agitation.

After the second fermentation, the beans are washed again to remove excess pulp before being left to soak overnight. The final step is intended to germinate the seeds, which adds sweetness and complexity.

However, recent changes in the market have seen some farmers adopt natural and honey processing methods instead. This tends to add an extra layer of sweetness to the bright and fruity flavour profile.

The dense and consistent sizes of SL28 and SL34 beans, along with their high cup potential, make them a popular choice among specialty coffee roasters.

The highest grade of coffee in Kenya (AA) are typically large, dense beans grown at high altitudes. As such, most roasters will need to use slightly more heat when roasting them to break down the structure of the bean. They may also require slightly longer roast time to ensure the bean is fully developed.

However, in the same way that processing methods affect characteristics, they should also inform approaches to roasting. Washed coffees, for example, tend to be denser than natural coffees, which means roasters should add slightly more heat during roasting.

In an article for Collaborative Coffee Source, Matt Hansell says that roasters can afford to be “more aggressive with heat application” when roasting washed beans compared to naturals.

That being said, aiming for lighter roast profile (i.e. just after first crack) is recommended for SL varieties. This is to help bring out the delicate flavour notes without allowing the roast to encroach on them.

As well as being successful among consumers of specialty coffee, this approach has had excellent results on the world stage.

A light roasted and natural-processed SL34 by Goodman Roaster finished in the Taiwanese Cup of Excellence’s top ten. It had cherry, cinnamon, and whisky notes.

Historically, the SL28 & 34 varieties were developed as solutions for specific issues – but as time went by, the quality levels that these varieties hold has made them two of the most sought-after coffee varieties on the market.

Often found grown together with Timor and ruiru 11 in Kenya and surrounding countries, the growing regions that have integrated the two varieties as single beans on their farms have been able to achieve equally high-quality lots. They offer coffee consumers a new experience in their cups and roasters an alternative to other varieties with reputations for exquisite quality.

At MTPak, we understand how quality can help set a roaster apart from the competition. We offer premium coffee packaging, made from sustainable materials that are designed to keep a roaster’s prize beans fresher for longer.