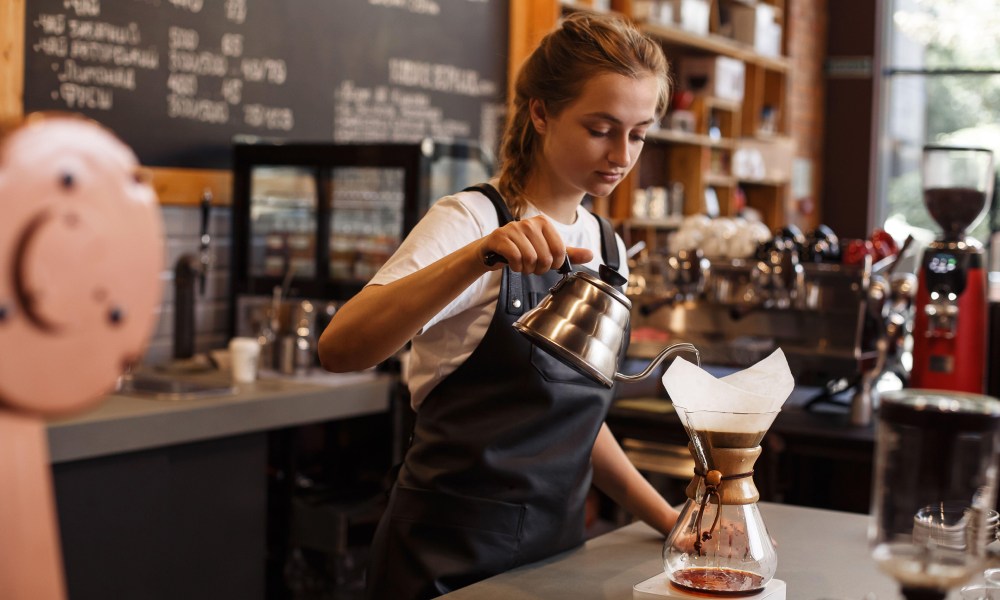 From new processing techniques to the return of cafés, find out which trends are expected to shape the coffee sector in 2022.

The rise of koji-fermented coffees

Since bursting onto the scene in 2019, koji-fermented coffees have stirred excitement among consumers and coffee professionals alike.

During his experiments, Higuchi found that the technique improved the cup profile of the coffee after it had been roasted, giving dark roasts a milder flavour and light roasts a cleaner acidity.

Roosa Jalonen is head of production at The Gentlemen Baristas in London. She says that 2022 could be the year koji-fermented coffees become more widely adopted.

“El Vergel Estate in Colombia did some testing and they had some great results with this processing method,” she explains. “Apparently, it increased the cup score by at least one point and, in some cases, between two and two-point-five.”

Market consolidation is the process of companies buying other companies – and in the coffee sector, it’s been happening a lot.

Although this is nothing new, the rate at which these acquisitions and mergers occur is expected to accelerate in the coming year, as more and more global players branch into the specialty market.

As this happens, large companies must increasingly adopt terms common to the specialty market, such as compliance with volume, quality, traceability, and certifications.

A new landscape for blends

Blends have been a coffee sector staple for decades. Made by blending together two or more single origin coffees, they’re traditionally considered an effective way to keep down costs and improve flavour consistency.

In comparison to single origins, blends have long had a reputation for being less desirable in the specialty community. But the situation is beginning to change.

The increasing appearance of blends in brewer and barista competitions around the world have prompted many to rethink how they view them – a trend that’s expected to continue into 2022.

Roosa says that it might be the time that people start taking blends more seriously.

“A US barista competitor blended two high scoring coffees for one of her courses,” she says. “And also the UK Brewers Cup Champion used a blend of Geisha and Sudan Rume to increase flavour complexity. It’s really interesting to see blends being made at this level!”

The 26th United Nations’ Climate Change Conference, known as COP26, is set to take place this November, with dramatic and far-reaching consequences expected for businesses across every industry.

Among the most hotly debated subjects will be carbon emissions and, specifically, how businesses can reduce them.

Inevitably, this will filter through to roasters and coffee shops, who are likely to come under greater pressure to reduce their carbon footprints not only from governments, but from customers.

The relevance of this was highlighted by some of the technology on show at the latest edition of HostMilano, an international coffee trade show.

In particular, Carimali’s coffee machine – Heylo – which was equipped with an innovative induction system for water heating. The energy-efficient technology won the Smart Label Innovation award that recognises the most innovative products on the market.

Switching to more environmentally friendly coffee bags, such as kraft paper and PLA, could form an important part of this shift.

The tentative return of cafés

One of the biggest fallouts of Covid-19 was the widespread closure of coffee shops: it’s thought that as many as 95% of hospitality venues were forced to shut their doors at one point during the pandemic.

As vaccine rollouts and a careful easing of restrictions bring back a sense of normality, coffee shops have started to enjoy a shift back towards pre-pandemic levels of footfall.

But while customers have shown a willingness to return to their favourite local spots, growth is still slow. World Coffee Portal forecasts there will be “a modest return to outlet growth in 2022”, while a full return to pre-pandemic levels will take at least three years.

Part of this slow return is the extraordinary rise of coffee subscriptions and brewing equipment for home use.

“A lot of people will have invested in coffee equipment for better at-home brewing, which they’ll still have after the pandemic,” says Kieran McRae, who co-runs Above Average Coffee.

“While I don’t think it will necessarily lead to a fall in cafe coffee consumption, people will continue brewing good coffee at home, almost as a hobby.”

However, when do return to cafés, he says that we can expect to see more nitro cold brew options appearing on menus.

The drink, which involves slowly steeping coffee grounds before infusing the brew with nitrogen, has become immensely popular in recent years, with no sign of the situation changing anytime soon. The sustained popularity of takeaway orders is also expected to continue into 2022.

The emergence of new non-dairy milks

Non-dairy milks made using everything from almond to soy have taken the coffee sector by storm in recent years.

Naturally, the growth of non-dairy milks will continue well into 2022 – with new varieties expected to continue emerging.

Among the most highly anticipated is potato milk, according to Waitrose’s annual food and drink report. The UK supermarket chain said it would add new non-dairy milks to its range as “more people were incorporating plant-based milks in their diet”.

From February, it will start stocking a potato milk made by Swedish brand Dug, which claims to offer the most sustainable alternative milks on the market.

“It’s the turn of potato milk. Low in sugar and saturated fat, it’s set to dominate coffee shop menus in the coming months,” the report added.

For coffee roasters, it’s important to stay on top of the industry’s latest trends. Not only does it give businesses a competitive edge, it also ensures you’re ready for any changes in the market.

One trend that has remained constant in recent years is the move away from plastic packaging to a more environmentally friendly alternative, such as kraft paper or polylactic acid (PLA).

At MTPak Coffee, we’ve been helping roasters and coffee shops make the switch since 2016. Our expert design team can make sure to preserve your brand aesthetic, while providing customers with fully compostable or recyclable bags.

For information on our eco-friendly coffee bags, contact our team.

Sign up!
Which trends will shape the coffee sector in 2022?